It is with heavy hearts that we announce we are taking a hiatus on roll-making this season. The challenges presented by Covid-19, as well as unrelated issues in our personal lives have made it impossible to make Rolls for Refugees a reality this year.  We are saddened by this, but not defeated.  We plan to be back next year in full force.  You have partnered with us these past 5 years and we are grateful. Because of you we have raised nearly $12,000 for families just like you and me, living with the ravages of war in Syria and Iraq.  Thank You.
If you would like to continue to support causes for refugees, you can contribute directly to PreEmptive Love Coalition here or through other links on this page.
We wish you a very Merry Christmas!
Sheryl & Brittany
Posted by Sheryl Russell at 10:52 PM No comments:

The 2019 holiday season has arrived - It's Time to Order!

This year, along with our friends and faith communities, we'll be baking cinnamon rolls again to raise money and awareness for displaced families in Syria and Iraq.  Rolls for Refugees is a labor of love run by volunteers with no paid staff.  We donate time and ingredients (everything except the packaging) so as much money as possible is given to those who need it most.  The proceeds are donated to PreEmptive Love Coalition and Mennonite Central Committee, two organizations doing lifesaving work in the region.

Sorry, local pick up only. If you would like to contribute but do not live locally, you may do so here: Donate or check out the links on the right of this page.

To order, click "Place an Order" tab above. On the new page click the blue "CLICK HERE" which will link you to the secure order page. On the order page, click the golden "Add to Cart" and see the pick up instructions. We are aware this is a bit cumbersome and are working to improve it. Thanks for your patience!


As always we are so grateful for you, for your generosity and for your partnership with us on this journey. We wish you peace this holiday season.
Posted by Sheryl Russell at 2:59 PM No comments:

Thank you to each of you who supported Rolls for Refugees this past 2018 Christmas season! We have been awed by your love, generosity and partnership with us to help those who are waging peace in Syria. 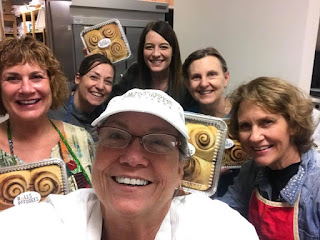 This labor of love we call Rolls for Refugees simply would not be possible without volunteers. So we send a very special thanks to our expert team of bakers this year, who showed up to bake more than 880 cinnamon rolls; over 220 pans!!!  Since we pay for ingredients, nearly every dollar raised is donated to two agencies who work directly with those displaced by war in Syria and Iraq.
This year’s cinnamon roll sales raised:

Since 2015, $9,298.00 has been donated to the above organizations, who work courageously, often in active war zones, to provide food, shelter, safety & medical care in Syria and Iraq. Please keep them in your prayers. 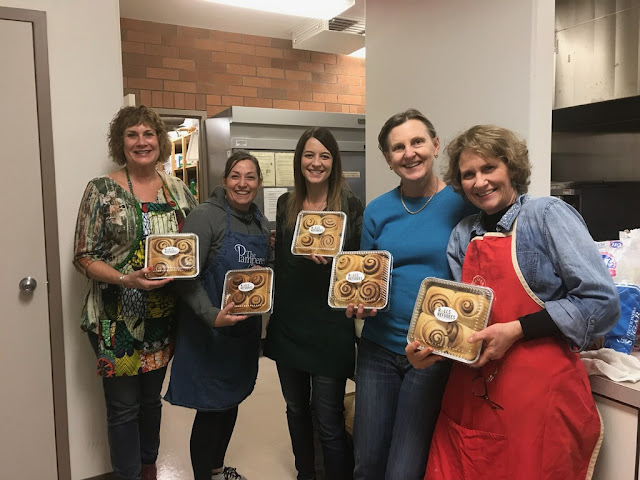 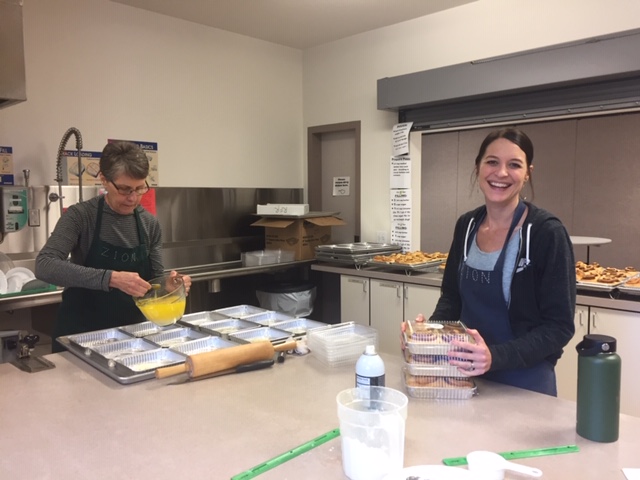 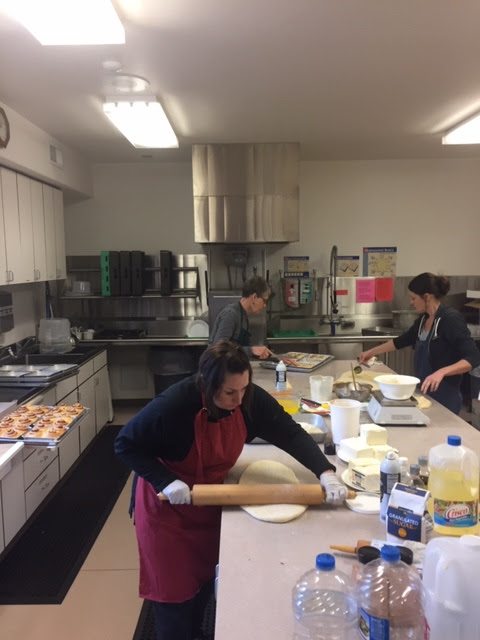 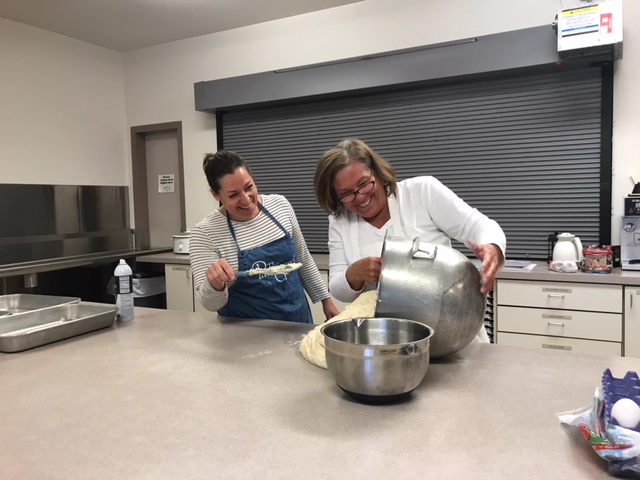 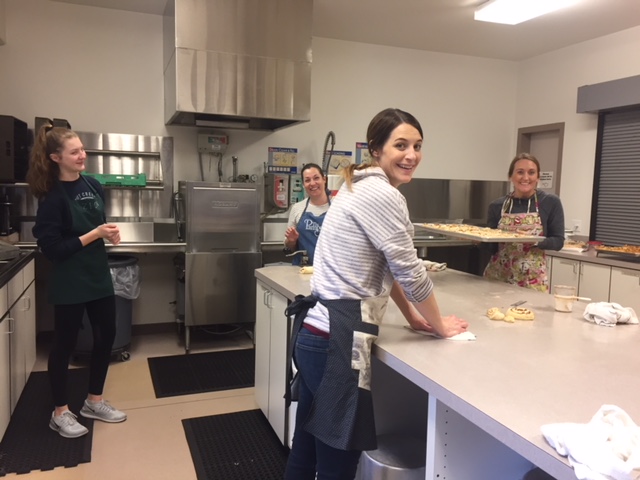 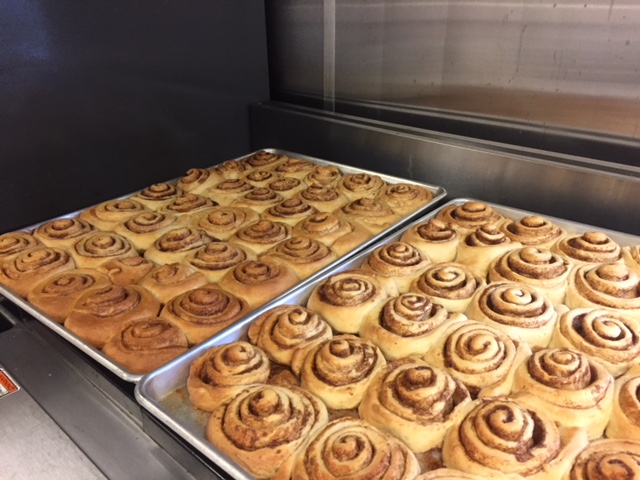 Posted by Brittany Turco at 11:02 AM No comments:

Wherever you are, we wish you the gift of Christmas, which is love. 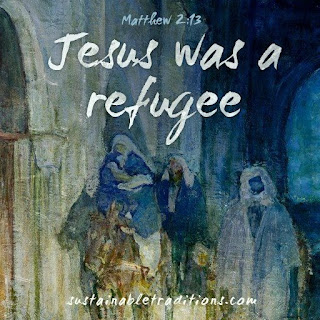 "This war in Syria is not only affecting the present generation, but the next generation as well."


Posted by Brittany Turco at 7:57 AM No comments:

What's next for Syria?

Syria’s ‘Cradle of Rebellion’ Has Surrendered. Now What?

The city where Syria’s civil war began is back under government control, more than seven years after popular protests turned into a full-scale uprising.
Syrian government forces hoisted the national flag over Daraa, 60 miles south of Damascus, after weeks of fighting. Hundreds of civilians are believed to have died.
There are conflicting reports on how many are displaced here. Thousands are massed on the edge of the Jordanian border and the Israeli-controlled Golan Heights.
We have not been able to access Daraa yet in order to evaluate the need. But we will continue to press in, ready to show up for those caught on the frontlines.

What does this mean for Syria?

The world has mostly ignored Daraa, despite its symbolic importance.
This is where the Syrian uprising began. In March 2011, protesters took to the streets, calling for Syria’s president to step aside and demanding an end to a state of emergency that was in place for almost 50 years.
Government forces moved swiftly to put down the protests, and before long, all of Syria was engulfed in full-scale civil war.
The recapture of Daraa is a huge symbolic and strategic victory for the Syrian government. It means the “cradle of rebellion” is back under state control. The last major opposition-held territory is now Idlib, hundreds of miles to the north.
Victory on the part of Syria’s Russian-backed government is all but assured, though it’s anyone’s guess how much longer war will drag on.

CLICK HERE TO READ THE REST OF THE ARTICLE...
Posted by Brittany Turco at 5:21 PM No comments:

Her smile says it all: THANK YOU! 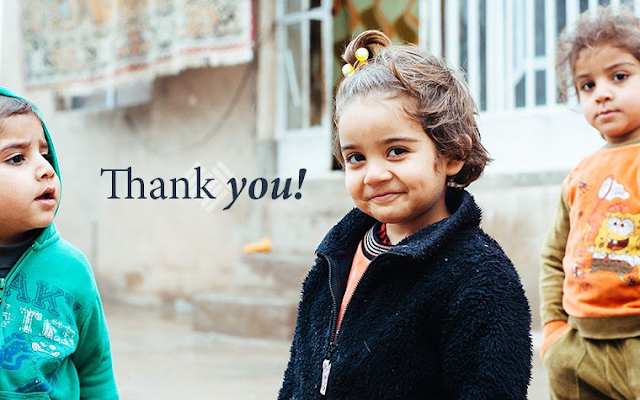 Photo by PreEmptive Love
THANKS to the generous support of family and friends who showed up to roll out cinnamon rolls in the dead of winter.  THANKS also to our AWESOME faith communities, Grace Chapel of Wilsonville, Oregon and Zion Mennonite Church of the tiny hamlet of Hubbard. THANKS to you all, we raised $3500.26 for refugees and internally displaced persons in Syria and Iraq.  Relief Kits were also collected, to be distributed by Mennonite Central Committee.  We are so grateful.  100% of your donation went to PreEmptive Love Coalition and Mennonite Central Committee.  A special THANK YOU to our neighbors who cleaned out their freezers to make room for yet MORE cinnamon rolls, and to Grace Chapel, who not only ordered more than 750 cinnamon rolls, but then generously donated the ingredients to make them! All of you wonderful folks who helped roll, bake and purchase approximately 1500 cinnamon rolls in December 2017, THANK YOU for supporting this effort and making a difference in the lives of these precious families!  Her smile says it all!

Posted by Sheryl Russell at 1:53 AM No comments:

Meet the ladies behind Rolls for Refugees 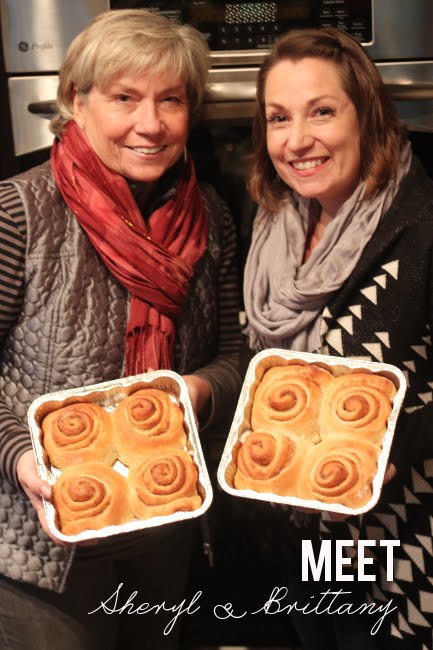 We are a mother/daughter team who love to bake. Together with family, friends and our faith communities, we bake and sell cinnamon rolls to raise money and awareness for displaced families in Syria and Iraq. Proceeds are donated to Mennonite Central Committee and PreEmptive Love Coalition, two organizations doing amazing work on the ground in Syria, Iraq and the region. Your purchase of cinnamon rolls provides food, water and basic necessities to desperate families ravaged by war and conflict - and shows them they are not forgotten. 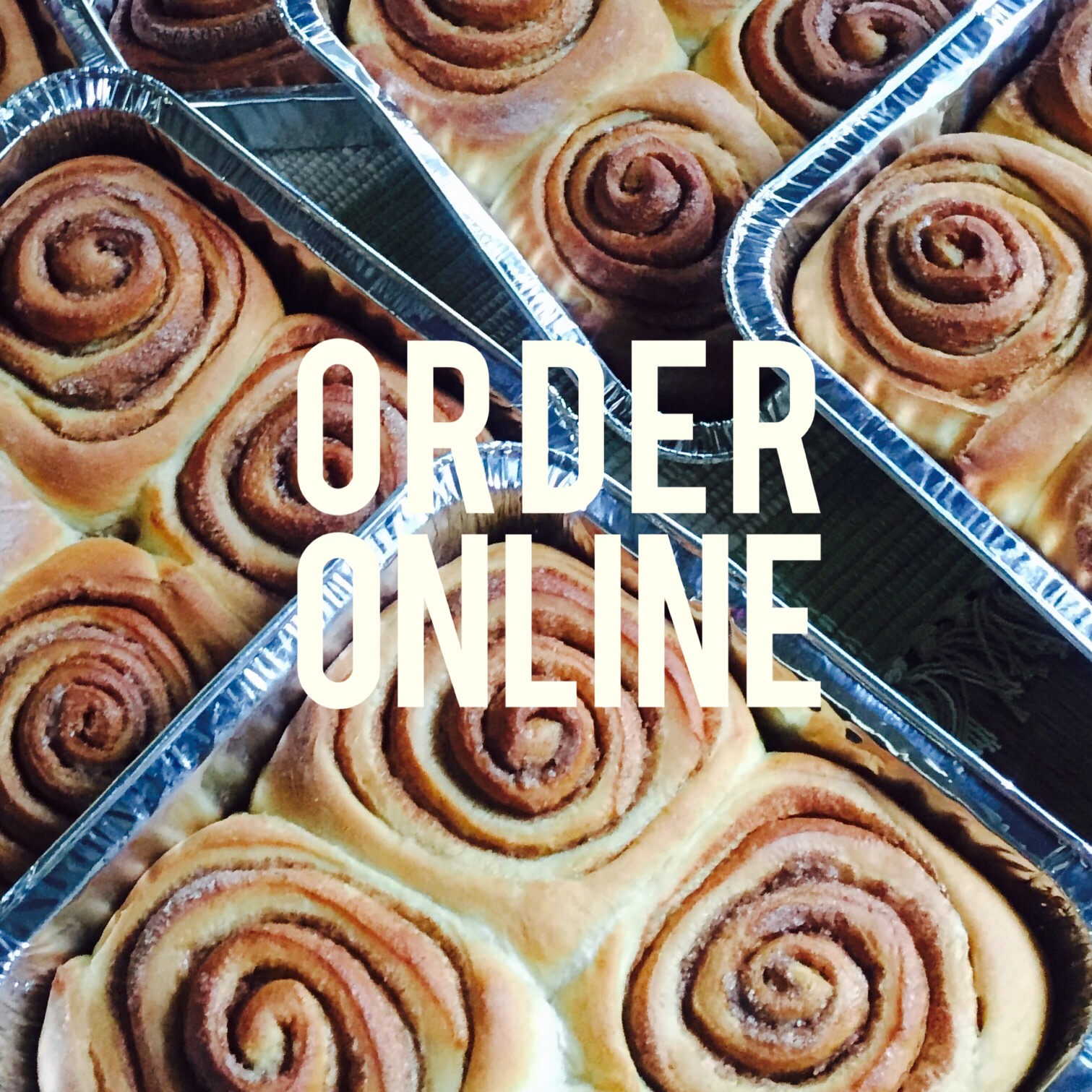 OTHER PURCHASES THAT EMPOWER REFUGEES 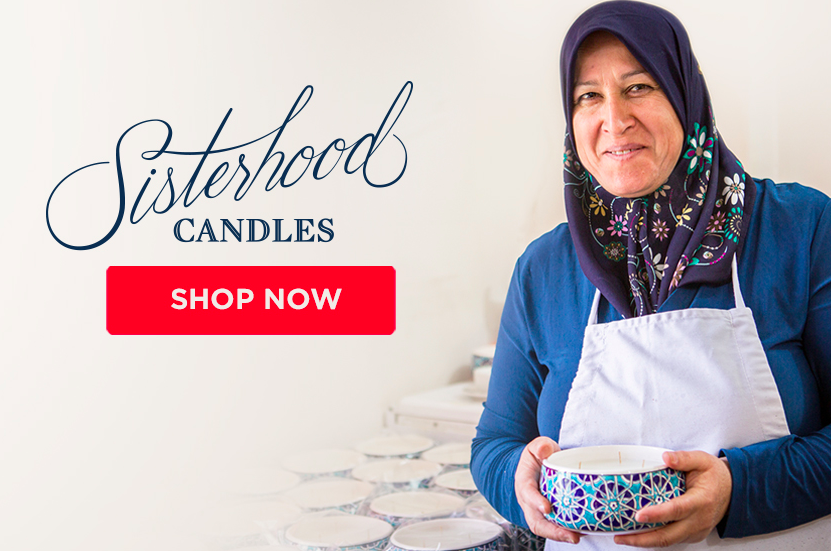 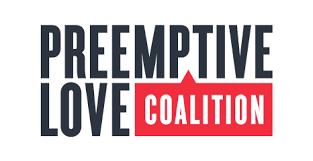 STUFF YOU SHOULD KNOW

Cinnamon Rolls are not a tax-deductible purchase as Rolls for Refugees is not a 501(c)(3) organization, but a conduit to raise funds for other charitable organizations. We donate all food ingredients and labor, so 95% of total sales are distributed directly to PreEmptive Love Coalition & Mennonite Central Committee, both trusted 501(c)(3) non-profits.